The following article provides a summary of the operation of the 944 Air Flow Meter (AFM), also commonly referred to as the Air Flow Sensor. Also, covered is a procedure for testing the AFM and correcting problems related to erratic operation.

If you'd like more detailed information about the operation of the AFM, FR Wilk has written a very comprehensive article on the AFM. The article is located at http://www.the944.com. What I've provided below is simply a summary of that article.

There are two different Air Flow Meters used on 944s although externally they are similar in appearance. Both AFMs use a flapper or barn door arrangement where, as air flow through the meter increases, it forces the barn door further open. The movement of the barn door moves a wiper arm across the conducting strip of a variable potentiometer. The sensor has a voltage applied to it which is supplied by the DME computer. As the barn door opens and the wiper arm moves across the variable potentiometer, the output voltage from the AFM increases. This output signal is sent back to the DME to be used as an air flow signal.

The primary differences between the early 944 AFM (pre-1985.5) and the late AFM is that the input voltage from the DME computer is different and the type of output signal from the AFM back to the DME computer is different. In both AFMs, the DME uses a ratio of the supply voltage (from the DME) to output voltage (from the AFM) for air flow signal development . The early AFM receives an unregulated 12 VDC supply from the DME. The voltage output from AFM is not proportional to the change in barn door position but instead increases exponentially as the barn door is opened. The output signal is however, proportional to the increase in air flow. Consequently, what the DME receives from the meter is in effect an actual air flow signal. On the later AFMs, the input voltage from the DME is a regulated 5 VDC supply. The output signal from the AFM is a voltage that increases linearly as the barn door opened. What this does is to simplify the construction of the later AFM. However, it now requires the DME to interpolate the input signal from the AFM to obtain an air flow signal. 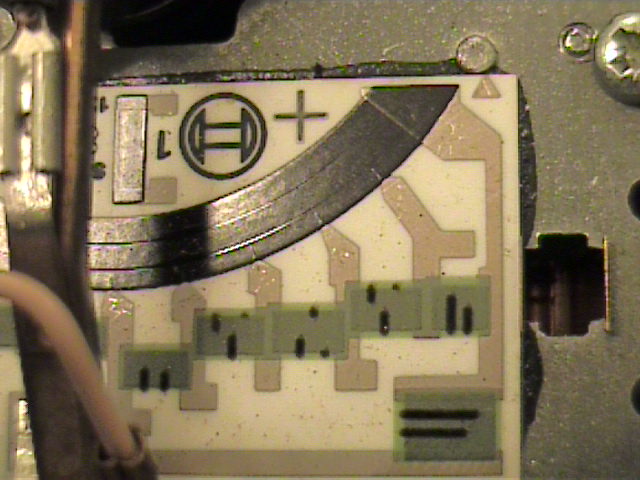 The AFM can be tested in the car. However, it is extremely difficult and I prefer to remove the AFM for testing.

Note: Here's a drawing which which shows the terminal numbers. Realize that you're looking into the end of the wiring harness plug. So, the terminals on the AFM plug will be reversed from the terminals show below from the plug. 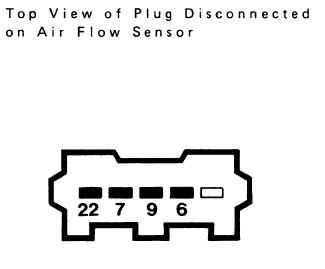 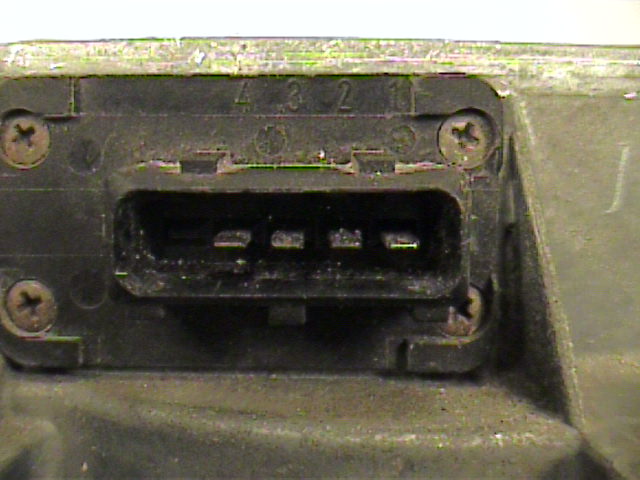 To test the AFM with it removed from the car, you'll need a voltage source. The simplest solution to this is a 9 VDC battery. To make up the leads, I went to Radio Shack and obtained a 9 V battery connector which had leads with bare ends connected to it. 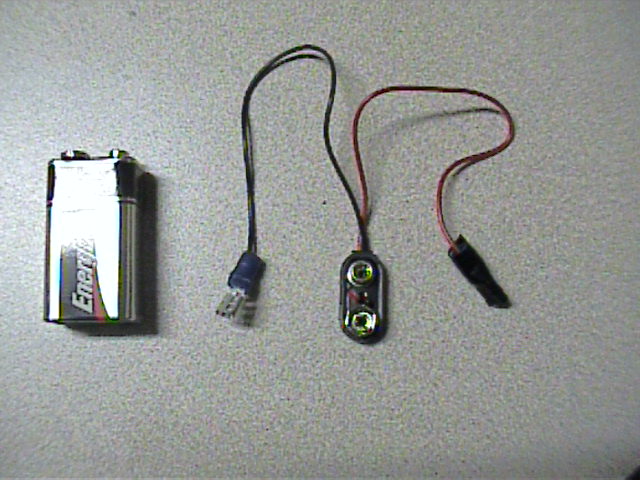